New Age pianist Scott Cossu is a connoisseur of good music. Combining elements of jazz, classical, rock, ethnic folk stylings and blues, he will deliver on Baur’s Steinway a deep dose of piano playing to delight the ears backed by his hand-picked quartet and the world-inspired vocals of Beth Quist.

“By combining elements of classical, jazz, rock, blues and various ethnic folk stylings, Cossu has created a distinctive and exuberant fusion sound that is thankfully free from the stock devices and clichés that all too often render this idiom dull and predictable.”- George Varga, The San Diego Union 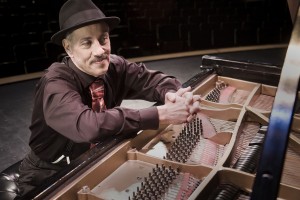 Born in West Virginia in 1951, Cossu’s family moved to Ohio where he and his younger siblings grew up with a big yet close Italian family. At 11, young Cossu’s father brought home a baby grand piano and to their surprise, he excelled at it. Receiving a National Keyboard Award alongside athletic awards, his high school experiences lead him to the struggle between a swimming scholarship or the Ohio University School of Music. Choosing his love, he studied under the Father of Modern Nubian Music, Hamza El Din. With his jazz and classical upbringing, he was able to blend his musical interests and bring his own unique pieces to life.
Now world renowned composer, recording artist, and New Age jazz pianist Scott Cossu began with the small Music is Medicine label and immediately made a splash rippling rave reviews. As one of the first artist to sign with the newly formed Windham Hill label, along with Michael Hedges, and George Winston whom Cossu later toured with, he produced album after album with success. Billboard Magazine realized the essence of Cossu’s innovations calling him, “jazz luminary of the future” This rings true today with regard to the starting surfer of the swell of New Age jazz music even today with 14 recordings, touring and composing. 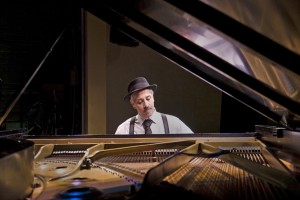 Wind Dance, released in 1981, was one of Cossu’s most well-known albums and was produced by George Winston. By 1986, he was hailed as one of instrumental music’s brightest stars. With 6 albums positively received, by 1990 he had been in the top 5 for the New Horizons Pick of the Year and on billboard charts as well as #1 on the Jazz National airplay list, all while selling out shows internationally.

Scott’s art grew and leaving the Windham Hill label, he made three more truly beloved albums with the Alula Visions label. He also worked on TV ads, films and documentary projects and his 2012 album titled Jazz, Boogie and Deja Blues has been reviewed as “playful and full of fun, this is great music that can be savored on many levels.” – Kathy Parson, from Mainly Piano Top 1000 Reviewer Vine Voice 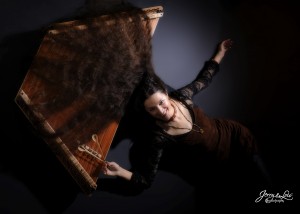 Beth Quist is a multi-instrumentalist, vocalist, and composer, who began playing piano at age 2. She was lead soprano and instrumentalist for the creation band in Cirque du Soleil’s “KA”, and currently performs solo, with Sherefe which specializes in Balkan and Middle Eastern music. She has sung & toured with Bobby McFerrin’s Voicestra since 1997, and appears on his albums “Circlesongs”, “Mouth Music”, and “VOCAbuLarieS”. Beth has also composed over 50 scores for dance, theater, television, & film, including musical contributions to the Emmy nominated documentary “The Two Escobars”. Other notable musical collaborations include Roger Fisher (Heart, Rock & Roll Hall of Fame) & Scott Cossu (Windham Hill). 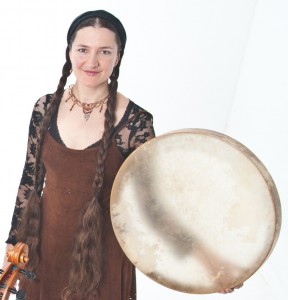 Her early musical influences were “Batman,” “Star Trek,” and “Dr. Zhivago.” “I’m a Little Leopard Prowling Around in Sneakers” was her first musical composition at age 8.

She has a 4-octave soprano voice, and plays piano, keyboards, santour (hammered dulcimer), dumbek, daff, guitar, flute, and various other toys that she can get her hands on. Her music combines influences from the Balkans, the Middle East, and India with her Western upbringing. www.bethquist.com

The Scott Cossu Quartet, featuring Beth Quist – vocals & percussion is a multi-instrumentalist with a 4-octive soprano voice and combines influences from the Balkans, the Middle East, and India with her Western upbringing. The Quartet also includes Scott Doser – percussion & Nathan Good – percussion, perform on Baur’s stage with pianist Scott Cossu in a current of New Age music sure to please.