Music Appreciation Society proudly presents singer-songwriter Rod Picott, who picked up an acoustic guitar and put a permanent end to his gig as a sheet rock hanger. He’d been writing music in private for years, but it was 2001’s Tiger Tom Dixon’s Blues that officially introduced him as a singer/songwriter, kick starting one of the more acclaimed careers in modern-day roots music. Get inside Baur’s Listening Lounge and discover the amazing talent of Rod Picott. 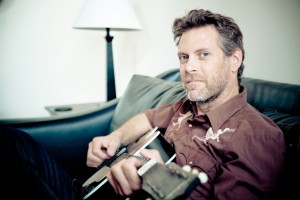 Picott is now focused on a different kind of construction: building a catalog of songs that spin stories of hard work, heartache and the human condition. On his new album Fortune, he turns his focus inward, using himself — not the people around him — as the album’s main character. It’s his seventh solo release, written and recorded after years of heavy touring. Looking to make a record that could serve as a raw, authentic document of his live show, Picott recorded Fortune quickly, cutting six songs during his first day in the studio and finishing the entire album within a week and a half.

“I wanted to make a record where we captured performances, as opposed to imitating performances,” says Picott, who grew up in rural New England before relocating to Nashville. “Technology makes it so easy to do an imitation of what your best performance would sound like, but that’s not a real performance. That’s just what you would want yourself to sound like. I didn’t want to do that. For better or worse, Fortune is what I actually sound like.”

Musicians like Slaid Cleaves, Ray Wylie Hubbard, and Fred Eaglesmith would claim it’s for the better. All three have recorded Picott’s songs, showing their support for a self-sufficient songwriter who plays most of his shows alone, relying on his voice and acoustic guitar to pack a punch.

“A lot of these songs explore a sense of chance, of what might happen with your life,” Picott says. The songs come from his life, and the details tell a vivid story. “There’s a sense of luck, and how things might unfold for someone. I thought that calling it Fortune would put a positive spin on that idea of chance and circumstance. It helps wrap up the feeling that runs through the record.”

Decades ago, during his sheetrock days, Rod Picott promised himself that he wouldn’t release an album until he figured out who he was as a writer. Having a good voice wasn’t enough; he needed an opinion, a perspective, and an ability to turn the world around him into music. With Fortune, he shines a light on himself, strips bare what he found rattling around in his heart and invites the listeners at Baur’s to follow a deeper and more intimate journey.

American Songwriter: Rod Picott Gets Down And Dirty

“Accept Rod Picott for what he is; Americana of the highest order”

“Hangdog lyrics and deadpan delivery have the ability to strike a chord with anyone who has a heart.” 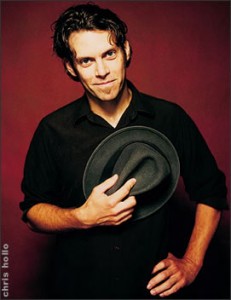