Join us at Baur’s to kick start your summer with Mollie O’Brien & The Hamkickers Club. Their signature blend of contemporary and traditional folk, funk dance music, and powerhouse gospel will have you awed and leave you wanting more. Music Appreciation Society is extremely pleased that Mollie and her band have made a date with us out of their busy international touring schedule to entertain the Denver audience exclusively at Baur’s.

Get Tickets
Mollie ﬁrst became known as a singer’s singer when she released 3 critically acclaimed recordings for Sugar Hill Records with her brother, Tim O’Brien. As well, she’s released 5 solo recordings, 3 duo recordings with husband Rich Moore and was a Grammy winner for her part on the cd, True Life Blues – The Songs of Bill Monroe (Sugar Hill Records – 1996). Rich Moore is a powerhouse guitarist not only able to keep up with O’Brien’s musical twists and turns but as well is known to have some of the funniest running onstage commentary. 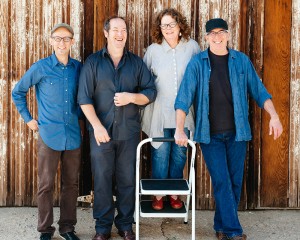 Joining Mollie for this show will be their longtime producer and bassist, Eric Thorin and esteemed steel guitarist, Glenn Taylor and husband guitarist, Rich Moore. Thorin and Taylor are featured on Mollie and Rich’s latest release, the critically acclaimed Love Runner(Remington Road Records – 2014) and their musical mind melded to create a stunning bedrock for the rest of the band.

Mollie O’Brien and Rich Moore have made it their mission to quietly delve into the body of work that is considered American popular music. While virtually impossible to categorize their genre, they are masters at unlocking the secrets to a diverse array of songs in authoritative yet very fun and unusual arrangements. They are never afraid to take risks musically and never let their egos get in the way of the essence of the songs they tackle. The end result is simply astonishing. As the great songwriter Gretchen Peters says “It takes serious talent to sing and play this effortlessly.”

Whether reeling from breathtaking arrangements of gorgeous ballads or dancing to funky numbers, Music Appreciation Society invites you, your family, and friends to come to Baur’s Salon for this special Saturday night acoustic performance to experience the signature sound of Mollie O’Brien & The Hamkickers Club.

– “One part Maria Muldaur, one part Suzy Bogguss & one part Ella Fitzgerald, Mollie O’Brien’s voice with its seemingly limitless range is the perfect vehicle for this eclectic set of songs. Rich Moore’s crisp harmonies & guitar playing support in all the right places. It takes serious talent to play and sing this effortlessly.” – Gretchen Peters, Songwriter

– “Bluegrass fans know Mollie O’Brien from her numerous collaborations with her wildly talented brother Tim, but there’s a lot more to her than that. Things I Gave Away makes plain what fans who’ve seen Mollie in concert already know–she has a gorgeous voice that takes torchy, bluesy turns when she lets loose… this is the Mollie O’Brien we haven’t heard nearly enough of in the past.” – CD Now

– “It’s not enough to be blessed with a powerful voice; Mollie O’Brien has the strong sense of when to be understated and when to belt one out of the park. That she rarely opts for the latter on Things I gave Away is a testament to her good taste.” – The Boulder Daily Camera 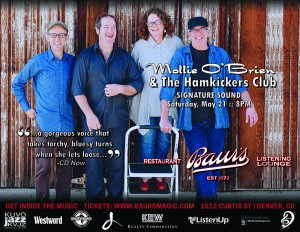