John Kite and Patrick Dolan bring broadway to our cabaret setting. This concert sold out last time with Denver Eclectic, don’t miss it this time!

Mr. Kite’s started playing the piano in Denver in 1983 at down town Hotels and upscale eateries: the Marriott City Center, Chez Thoa restaurant, and others. For the past twenty-eight years, however, he has been one of the resident pianists at the Brown Palace Hotel, Denver’s grand dame hotel. Serving guests from all over the world, Kite has enjoyed playing the private parties of clients from New York, Boston, Hawaii, and Denver. 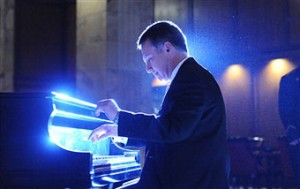 A graduate of Trinity College in Deerfield, Illinois, John A. Kite began his career as a pianist accompanying vocalists, choirs, and small groups. He toured extensively throughout the United States and an eight-week tour throughout Europe. His degrees are in Music Theory, Orchestration and Arranging with a Piano Emphasis.

During the Summit Of The Eight, held in Denver in 1995, Mr. Kite had the honor of playing for Presidents William Clinton and Boris Yeltsin.

“Cabaret At The Club” was a series of Cabaret shows that Mr. Kite developed lasting four years. Singers from New York, and local talent were featured. The series was very popular with Denver Cabaret lovers.

Mr. Kite feels his real strength is the repertoire garnered from performing Cabaret, accompanying Theater Vocalists, local artists, and requests from guests out for an evening of atmosphere, beautiful accommodations, and music, music, music.

He plays in the beautiful Brown Palace Lobby Atrium for Afternoon Tea on Thursdays and Fridays from twelve o’clock to four o’clock, and evening cocktails on Mondays and Tuesdays from four thirty to seven thirty PM.

Late night, it’s the Ship’s Tavern Restaurant, Wednesday through Saturday nights from eight thirty to eleven thirty. You never who will show up to sing beloved Jazz standards, the latest show tunes, or late night cabaret.

Patrick is a native Denverite. He is a Pastor at Most Precious Blood Catholic Church and was ordained in June 1995. He is a singer, song writer, pianist, and a novice French Horn player. He is also an amateur linguist and is always studying one language or another.

–  “Eclectic Concerts keeps an open mind. While other series are all about specializing and refining — trying to hone the best of chamber music or piano jazz — Eclectic works hard not repeat itself. Its mission is diversity and showcasing just how varied Denver’s players can be.” – Ray Rinaldi, Denver Post Fine Arts Critic 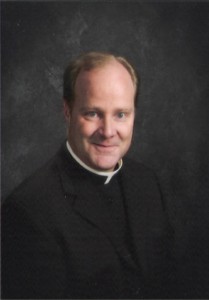