ASCAP award-winning vocalist Kathy Kosins is described as having “one of the most alluring voices in Jazz” (Chicago Times) and a “voice that commands attention” (Village Voice). She’ll be performing her eclectic musical palette that expands the rich history of Jazz and Soul and has won over the hearts of fans and critics across the globe, at Baur’s on Thursday, November 3. Music Appreciation Society invites you, your family, and friends to join us in the Listening Lounge to experience Kathy Kosins accompanied by Eric Gunnison and Mark Simon.

Born and bred during the Motown era of Detroit, she began singing and arranging background vocals for producer Don Was (now president of Blue Note Records) in the early eighties, which led to her becoming one of the most sought after session singers. As a lead vocalist she recorded for both Carrere (Sony) and Quality Records and later toured with Was/Not Was. In the early ‘90s, Kosins, a ferocious writer and arranger, fell in love with the freedom of the jazz art form and her writing naturally evolved into a more traditional approach. Stints with the JC Heard and Nelson Riddle Orchestras followed and led to a 1996 release of “All In A Dreams Work” (SchoolKids Records), an impressive debut featuring a first rate collection of nine originals and a cover of the Miles Davis composition “Four.”

Reported by over 250 Jazz stations, she reached the top 20 in the Gavin Report. Her 2002 release of “Mood Swings” (Chiaroscuro Records) continued to bring her recognition and success at the national level. On her 2006 release of! “Vintage,” (Mahogany Jazz), she rediscovered little known songbook gems which she placed alongside a few widely known, yet unexpected tunes from outside the jazz tradition, which brought her glowing reviews from journalists.

In 2012, she released “To The Ladies Of Cool”, a dedication to the West Coast Cool school of artists like June Christy, Chris Connor, Julie London, and Anita O’Day. Kathy’s arrangements of those classic pieces stay true to the tradition of lyricism and understatement, yet sound so fresh and innovative that it is sometimes hard to believe those songs have been recorded some 50 plus years ago. 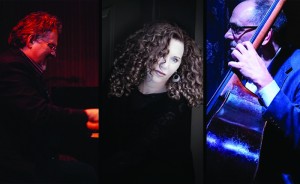 “The Space Between” from 2013 finds her in the studio with some of LA’s best musicians like Tamir Hendelman (piano), Robert Hurst (bass), Eric Harland (drums), and Larry Koonse on guitar on several obscure tracks that had been recorded by Shirley Horn or Nat King Cole. Her Jazz repertoire is always enhanced by her soulful vocal performance and it is no wonder, that she decided to include a Chill Mix of one of the tunes from the album (“Night Bird”) which puts her in another direction leading to her most recent album which is slated for a spring, 2016 release.

With the working title “Uncovered Soul”, Kathy has recorded this ultra-soulful set with Grammy Award-winning producer Kamau Kenyatta (Gregory Porter) and a stellar cast of musicians: Greg Moore (guitar), Mitch Foreman (piano,keys), Kevin Axt (bass), Eric Harland (drums), and Munyungo (percussion). On the album, she explores rarely heard Soul and R&B tunes by famous songwriters like Curtis Mayfield, Eugene McDaniels, or Aaron Neville and also more contemporary tunesmiths like Amos Lee. It’s a well-balanced set catering to both Jazz fans and Soul aficionados alike and destined to become a future classic as it creates a sultry mood and features her most intense and intimate singing yet.

When not touring the USA or Europe, Kathy excels as a painter. Her abstract acrylics on canvas are influenced by the cubist paintings of the “50s. Commissioned paintings are held in private collections and Kosins continues to sell her work at both gallery shows and concert performances. She also is known to paint as a multi media artist from the stage during various performances.

– “Kathy Kosins represents the many great things happening in vocal jazz today. She is a stellar interpreter, a great songwriter, and a consummate performer.” – Arthur White, NSU Director of Jazz Studies

– “…Kathy Kosins has got to be one of the best jazz vocalists around. Her warm, sensuous voice wraps itself round the notes the song and the result is hot chocolate dynamite!!” – Hadley Tituss, Jazz Rendezvous 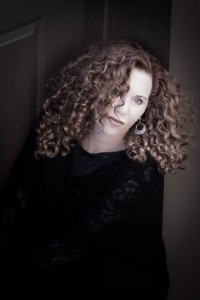