JOVINO SANTOS NETO
Jovino Santos Neto worked as a pianist, flutist and producer with the legendary Hermeto Pascoal in his native Brazil for 15 years. Since moving to Seattle in 1993, he has released several recordings of his Quinteto and also in collaboration with several different musicians. A worldwide performer and lecturer, he has been commissioned by orchestras, soloists, chamber ensembles and many more. Jovino’s music blends contemporary harmonies and improvisations with a rich variety of Brazilian rhythmic languages. He has received three nominations for a Latin Grammy and is a Professor of Music at Cornish College of the Arts in Seattle.

MARTIN KUUSKMANN
Grammy nominated Estonian-born bassoon virtuoso, Martin Kuuskmann’s charismatic and commanding performances throughout the world have earned him repute as one of the leading solo instrumentalists today. The New York Times praised Kuuskmann’s playing as “…the amazing bassoonist…Kuuskmann played stunningly…” Constantly pushing the boundaries for new artistic and technical possibilities, Kuuskmann has premiered eight bassoon concertos, all written and dedicated to him by some of the foremost composers of our time. Martin is an Assistant Professor of Bassoon and Chamber Music at the Lamont School of Music at the University of Denver. 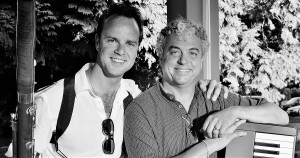