Chamber music fans rejoice! MAS Eclectic presents Harumi Rhodes; violin, and Margaret McDonald; piano in the historic Baur’s gallery space at Dazzle. Acclaimed by the New York Times as a “deeply expressive violinist,” Harumi Rhodes has gained broad recognition as a multifaceted musician with a distinct and sincere musical voice. Her generosity of spirit on stage is contagious, making her one of the most sought after violinists and chamber musicians of her generation. She was recently appointed as the new second violinist of the Takács String Quartet. Ms. Rhodes will be joined by pianist Margaret McDonald for a program that includes works by César Franck and Aaron Copland.

Acclaimed by the New York Times as a “deeply expressive violinist,” Harumi Rhodes has gained broad recognition as a multifaceted musician with a distinct and sincere musical voice. Her generosity of spirit on stage is contagious, making her one of the most sought after violinists and chamber musicians of her generation.

As a founding member of the Naumburg Award–winning ensemble, Trio Cavatina, Rhodes has performed at the Philadelphia Chamber Music Society, Isabella Stewart Gardner Museum in Boston, Pittsburgh Chamber Music Society, Wolf Trap (Wash D.C), and San Francisco Performances, as well as its debut at Carnegie Hall’s Weill Recital Hall in 2009. Continuing to build its reputation as one of today’s leading piano trios, Trio Cavatina has been touring internationally over the last few seasons with recent notable performances in Pablo Casals Symphony Hall in San Juan, Puerto Rico and Filharmonija Hall in Vilnius, Lithuania.

As a chamber musician, Rhodes has been a participant at the Marlboro Music Festival and has performed on several Musicians From Marlboro tours as well as at the festivals of Seattle Chamber Music, Bard, Caramoor, Bridgehampton, Moab, Music in the Vineyards, Mainly Mozart, and the Saito Kinen Festival in Japan. After completing her residency with Lincoln Center’s Chamber Music Society Two, Ms. Rhodes was appointed as an Artist Member of the Boston Chamber Music Society where she performs regularly at Sanders Theater at Harvard University and Kresge Hall at MIT.

Recent solo engagements have included performances of Bernstein’s Serenade, Beethoven’s Violin Concerto, Lou Harrison’s Concerto for Violin and Percussion, Mozart’s Violin Concerto No. 3 and No. 5, Beethoven Romances, and Vivaldi’s “Four Seasons” with the Vermont Mozart Festival Orchestra and the New York Chamber Soloists Orchestra. Rhodes is also a member of the East Coast Chamber Orchestra (ECCO), a conductor-less chamber orchestra made up of world-class chamber musicians and soloists.

A graduate of The Juilliard School and the New England Conservatory, her principal teachers have been Shirley Givens, Earl Carlyss, Ronald Copes and Donald Weilerstein. Rhodes has served as Head of Strings and Chamber Music at Syracuse University, as well as Assistant Violin Faculty at the Juilliard School. Most recently, Rhodes has been appointed Assistant Professor of Violin at the University of Colorado Boulder starting in the fall of 2015.

Pianist Margaret McDonald, a native of Minnesota, is an Associate Professor of Collaborative Piano at the University of Colorado Boulder.  She joined the College of Music keyboard faculty in the fall of 2004. She helped to develop the College’s graduate degree program in Collaborative Piano and the undergraduate collaborative curriculum. Praised for her poetic style and versatility, McDonald enjoys a very active performing career and has partnered many distinguished artists including the Takács Quartet, Kathleen Winkler, Zuill Bailey, Paula Robison, Carol Wincenc, Ben Kamins, David Shifrin, William VerMeulen, David Jolley, Ian Bousfield, Steven Mead, and Velvet Brown.

McDonald received her Bachelor of Music and Master of Music degrees in Piano Performance from the University of Minnesota and a Doctor of Musical Arts degree in Collaborative Piano from the University of California – Santa Barbara.  Her principal teachers include Lydia Artymiw and Anne Epperson.  She received fellowships to study at both the Music Academy of the West and the Tanglewood Music Center where she worked closely with Dawn Upshaw and Osvaldo Golijov.

Margaret McDonald has been a staff accompanist at the Meadowmount School for Strings in New York and an official accompanist at the Music Teachers National Association competition and the National Flute Association annual convention. McDonald spends her summers as a member of the collaborative piano faculty at the Music Academy of the West in Santa Barbara, California. 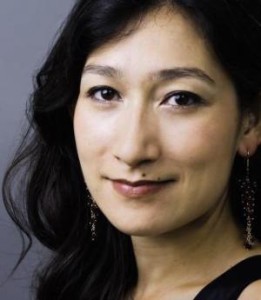 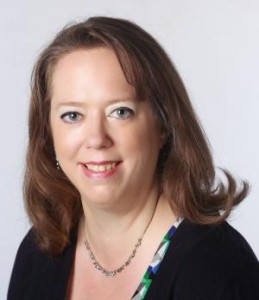