Latin Grammy winner for best instrumental album in 2016, Hamilton de Holanda, brings his virtuosic, brilliant, and unique 10 string Brazilian bandolim to Dazzle at Baur’s Thursday June 14, at 7pm. De Holanda is known for his phrasing and powerful sound, combined with the speed of solo passages and improvisations, inspiring a new generation and a new sound. Sometimes referred to as the “Jimi Hendrix of bandolim,” de Holanda offers a musical range that includes jazz, samba, rock ‘n roll, pop, lundu, and choro.

This exceptional evening is co-presented by Dazzle at Baur’s and Music Appreciation Society (MAS), the non-profit organization that aims to bring a range of world class music to Denver. This presentation is at Dazzle at Baur’s on 1512 Curtis Street. For more on MAS: MASmusic.org. For ticket information: DenverMusicTix.com. Seating is first come, first seated.

Virtuosic, brilliant and unique – those are some of the adjectives used to describe this musician who sets world audiences ablaze, developing a career studded with awards. For the past 14 years, Hamilton de Holanda has been establishing a technique reinventing the 10 string Mandolin. He composed 24 Caprices for mandolin and disentangled this emblematic Brazilian instrument from the legacy of some of its influences and styles, to make it a global instrument. In the US, the press dubbed him the “Jimi Hendrix of bandolim”. Hamilton is not so much after innovation as music that focuses on beauty and spontaneity. He has in front of him a new world rife with possibilities. His North Star is the notion that “Modernity is Tradition”: the point is neither the past nor the future, but their interelationship, as Modern and Tradition merge in the present moment, here and now. 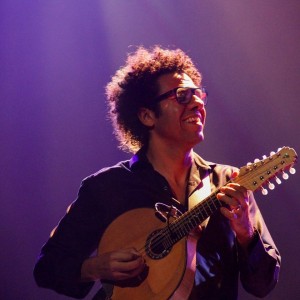 Hamilton’s trajectory includes the double Best Instrumentalist Awards (unanimously), in the two categories of academic music and popular music, of the single edition of the “Icatu Hartford of Arts” in 2001. This prize enabled him to live one year in Paris which gave international wings to his musical work. In January 2005 at Midem (the main music trade show in the world), he performed the launching concert of the Year of Brazil in France, and his CD “1 byte 10 strings” – the first 10-string solo bandolim album ever – receive the notable distinction of [musical]“Choc” from Europe’s premier musical periodical Le Monde de la Musique. Hamilton was affectionately dubbed “Prince of Bandolim” in the French press, and “King” in the Brazilian press (Revista Bravo). Such figures as Ivan Lins, Hermeto Pascoal, Maria Bethânia, Djavan and João Bosco consider him as “One of the best musicians in the world”.

With a splendid technique and absolute brasilian-ness, onstage or in the studio, Hamilton combines dazzling playing and performance filled with emotion. He is utterly versatile, and feels at ease in any type of line-up: solo, with an orchestra, duet, power trio, quintet. 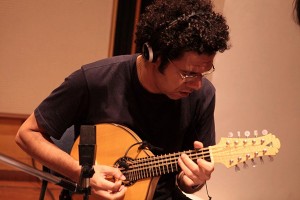 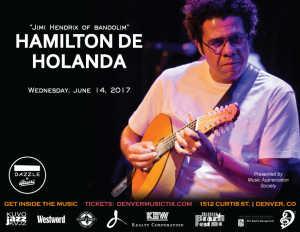