End the Year in Grande Style 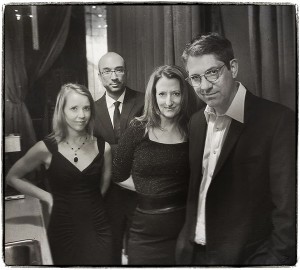 TOM HAGERMAN
Tom Hagerman is best known for his multi-instrumentalist role in the Denver based rock band DeVotchKa. He has performed on recordings by M Ward, Crooked Fingers, She and Him, Neko Case, Bettye Lavette, Calexico and Sage Francis, among others and has written many orchestral arrangements for the Colorado Symphony’s pop shows that have included DeVotchka, The Lumineers, Gregory Alan Isakov, The Flobots, and Amos Lee. He is a Colorado native, a graduate of the music school at the University of Colorado Boulder, and a product of music education in public schools.

EVAN ORMAN
Born in Colorado, Evan Orman studied cello at the North Carolina School of the Arts, the Banff Centre in Canada, and the New England Conservatory. An enthusiast of Argentine tango and founding member of Denver’s Extasis, Evan studied tango music and the bandoneón (a type of concertina) in Buenos Aires through a grant from Tango Colorado. He worked with Raul Jaurena, of the New York Tango Trio and in Buenos Aires with Camillo Ferrero, of Orquesta El Arranque. In addition to his musical activities, Evan is a maker and restorer of bows for stringed instruments and currently maintains a shop in Denver. He is also a member of the American Federation of Violin and Bow Makers.

SARA PARKINSON
Sara Parkinson is a pianist, conductor and vocal coach. An Iowa native who came to Colorado via Boston and Switzerland, Dr. Parkinson has served on the staff and faculties at Cornell College, Leysin American School, CU-Boulder, and MSU Denver. She frequently performs with Central City Opera Ensemble, Colorado Ballet Orchestra, and Liria Duo, who worked closely with composer Libby Larsen. Sara first ventured into tango with Extasis, and has since devoted herself to the quirky repertoire of Grande Orquesta Navarre.

*Address will be disclosed via email once you purchase your tickets. 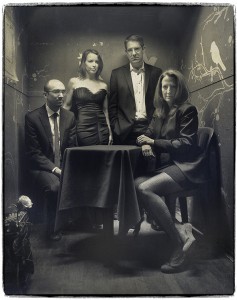