In the 1970’s, Danny O’Keefe put out a string of albums that cemented his reputation as being among the best songwriters of his generation. Fans now know him best for his Top Ten hit “Good Time Charlie’s Got The Blues” or Jackson Browne’s version of “The Road” from the classic Running On Empty album. But the story didn’t end in the 70’s. Music Appreciation Society welcomes Danny O’Keefe for the first time to Baur’s. 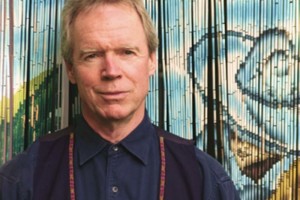 O’Keefe continues to release the occasional album and recently returned with In Time, his first solo release in nine years. Danny’s songs have been recorded by a Who’s Who of artists over the last thirty plus years, including Elvis Presley, Willie Nelson, Waylon Jennings, and Earl Klugh. Other credits include Alison Krauss (“Never Got Off The Ground”), Jimmy Buffett (“Souvenirs”), John Denver (“Along for the Ride”), and Alan Jackson (“Anywhere on Earth You Are”). “Well, Well, Well,” which Danny wrote with Bob Dylan, has been recorded by Ben Harper, The Blind Boys of Alabama, Bonnie Raitt and David Lindley.

Author Tom Robbins agrees “O’Keefe’s work this past decade constitutes the most moving musical meditations since Bob Dylan’s Time Out Of Mind. Unblinking, hammer-hard, love-wise and haunting, these songs stay alive in the mind and the heart long after the laser has moved on.”

O’Keefe’s reputation among his peers says volumes. Michael McDonald, who co-wrote a song on the new record, describes Danny’s affinity for folk, country, jazz: “Danny O’Keefe takes his rightful place in that ingenious and enigmatic tradition of unfettered poetic American song writing. Often traditional feeling music that is never completely identified with, or tied to, any one genre.”

Danny O’Keefe will invigorate music lovers with his classic and enduring songs at Baur’s, presented by Music Appreciation Society.

An Interview With Songwriter Danny O’Keefe

PureMusic: An Interview with Danny O’Keefe

“Look in the dictionary under “singer songwriter” and you’ll see a picture of Danny O’Keefe. His is the complete package: a strong performer with a batch of amazing songs. His guitar and voice lead you beyond ditty world, deep into the land of poetry.”

“I found that songwriting alleviates the day-to-day tedium. If I’d been, say, a restaurant supplies salesman it would have been alleviated somewhat by family and friends, but the gaping hole of tedium would have been patched by drugs, drink, television, whatever. It’s that urge to be creative that many people have not been allowed to explore, or have been told that they don’t have–which is the biggest lie that gets sold to us by the system at large. Woody Guthrie said everybody should write a song.”