Trombone player, composer, and vocalist Natalie Cressman has captivated audiences everywhere and is coming back to Baur’s as a duo with guitarist and composer Mike Bono. Natalie has merged her talent and jazz skills with her seemingly flawless storytelling ability and her unique performance will entrance you and leave you longing for more. The Music Appreciation Society is proud to welcome Natalie and Mike to Baur’s on Thursday, November 10 and invite you, your family and friends to join us.

Natalie Cressman: Raised in an eclectic musical household, Natalie Cressman has only continued to diversify and expand her musical universe. Still in her early 20s, the trombonist/composer/vocalist has assimilated the full range of her sonic influences into a startlingly mature, strikingly original voice that melds the sophistication of modern jazz with captivating storytelling and intoxicating melodies reminiscent of indie rock’s most distinctive songwriters. 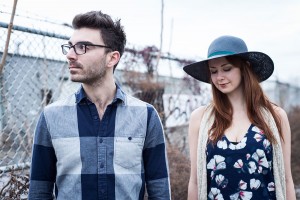 Cressman has spent much of the last four years touring the jam band circuit with Phish’s Trey Anastasio, while also performing with jazz luminaries Nicholas Payton, Wycliffe Gordon, and Peter Apfelbaum. Those varied experiences are reflected on her gorgeous second release, Turn the Sea. Anastasio calls the album “a beacon of light in an increasingly cold and mechanized era of music. Natalie is standing on the precipice of an incredible life in music, and if this album is any indication of where she’s headed, then I’ll be listening every step of the way.”

Inspired in part by those bandleaders’ boundary-blurring approaches, Turn the Sea reveals a sound that’s utterly uncategorizable but instantly accessible, one that belies but is also a product of Cressman’s youth. “I want to make music that my own generation can respond to,” Cressman says. “I would really love for anyone to listen to my music and find something to relate to.”

Cressman was raised in San Francisco by parents who guaranteed she would be constantly surrounded by music. Her mother, Sandy Cressman, is a jazz vocalist who immersed herself deeply into the traditions of Brazilian music; her father, Jeff Cressman, is a recording engineer, trombonist, and longtime member of Santana. Natalie quite naturally began studying trombone with her father, but set out to be a dancer rather than a musician. She was an aspiring ballet dancer until her junior year of high school, when an injury set her on a different path. Once she set her sights on a career in music, her parents provided not only role models but active assistance, helping to provide her with some of her earliest opportunities. “Seeing how inspired and passionate my parents were about what they were doing lit a fire in me once I decided to go for music,” Cressman recalls.

Her parents provided entrée to a number of enviable opportunities, but Cressman’s own prodigious gifts continued to merit her presence in any number of high-profile settings. She soon found herself playing salsa with Uruguayan percussionist Edgardo Cambon e Orquesta Candela, Latin Jazz with Pete Escovedo’s Latin Jazz Orchestra, world music with Jai Uttal and the Pagan Love Orchestra, and globally-inspired avant-garde jazz with multi-instrumentalist Peter Apfelbaum, a family friend who became a key mentor. Cressman continues to work with Apfelbaum in his ensembles, The New York Hieroglyphics and Sparkler.

Cressman switched coasts in 2009 to study at the Manhattan School of Music, and the following year was enlisted by jam band pioneer Trey Anastasio for his touring band. “I first met Natalie when she was 18, and I was instantly floored by how melodically and naturally she played and sang,” Anastasio says. “Natalie is the rarest of musicians. Born into a musical family and raised in a home filled with the sounds of Brazilian music, jazz and Afro- Cuban rhythms, she is seeping with innate musicality. Musicality is in her DNA.”

Following her jazz-oriented debut, Unfolding, with the more song-based Turn the Sea was at least partially a result of her tenure with Anastasio, Cressman says. “Trey always wants to include the audience, but he doesn’t dumb down his music to do it. I find myself between two worlds with the music that I’m writing; it’s not bread and butter jazz but it’s not wholly anything else either.” It would be equally difficult to pinpoint Cressman’s music, and at the same time equally hard to resist its allure.

The album’s title track marries her silken voice and lyrical trombone with a surging rhythm evocative of waves crashing and receding; “Fortune’s Fool” is a melancholy love song propelled by a somber, Middle Eastern- inflected pulse; “New Moon” sets enigmatic lyrics to a soulful, flute and Rhodes-driven groove which segues into a soaring chorus that draws on West African rhythms. The album ends with a remix of opening track “Turn the Sea,” courtesy of the band’s bassist in his electronica- producer guise of JNTHN STEIN. The track hints at yet more future directions for the adventurous Cressman, while making literal the song’s message of risk-taking. “It’s a good bookend,” she says, “coming back to where you began but in a totally different place.”

Mike Bono: Mike Bono is a NYC based, sought after guitarist, composer, and teacher. He plays regularly around the city, and has performed at places such as Carnegie Hall, Town Hall Theater, Birdland, The Blue Note, The Bar Next Door, and Joes Pub, amongst others. He has also toured internationally as a leader and sideman in over 10 countries in Europe, and most recently, at the Cape Verde Kriol Jazz Festival in Africa. Mike has performed with a wide variety of artists such as Erykah Badu, Chris Cheek, Andra Day, Dayna Stephens, Julian Lage, Dick Oatts, Aloe Blacc, Leon Bridges, and Rich Perry, to name a few. He has his own band called The Mike Bono Group, which released their debut record in September 2013 entitled, “From Where You Are”. Mike is endorsed by Wire World Pro Audio Instrument Cables, and ZT Amplifiers.

– “Her veteran skills as a trombonist are clear, but what’s even more impressive is her vocal performance and talents as a lyricist…If you haven’t heard of Natalie Cressman, you definitely will soon.” – Molly Fosco, Huffington Post

– “Her trombone is world-class, but her singing voice is another thing entirely, an empathic entity that channels the ages. Cressman’s is a flawless act that can only get better with time and age. Yep, I smell a Grammy — someday.” More – Dave Good, San Diego Reader 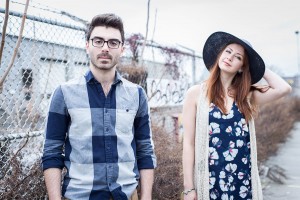