For our season finale, we gladly present the second of our two “City on the Rise” concerts, our new series within a series that focuses on introducing you to artists who are new and upcoming in the Denver area. Come see more of the talent that just landed on our doorstep! Jointly presented by Denver Eclectic Concerts and Music Appreciation Society in Baur’s historic and acoustically fantastic Salon. 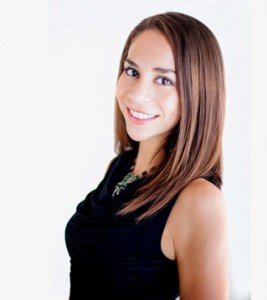 Elizabeth was the 3rd prize laureate of the prestigious Universal Marimba Competition 2011 in Belgium. In addition to her varied performance career, she has maintained a full schedule of teaching at public and private schools, as well as the collegiate level (Miami Dade College, 2011-2015). She is recorded as a soloist on Ney Rosauro’s disc “Early Mallet Works” and most recently featured on the 2016 album “Onyx” released by the Society of Composers, Inc. Elizabeth currently lives in Denver, Colorado, and is a proud Yamaha Performing Artist.

In the space of a few short years, Michael Van Wirt has established himself as an emerging professional percussionist across the United States. In addition to his appointment as Section Percussionist in the Colorado Symphony, Michael has performed with the Houston Symphony and was a New World Symphony Fellow during the 2014- 2015 season. 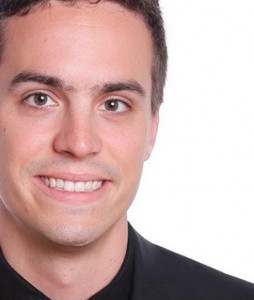 Michael was also a member of Seraphic Fire’s Firebird Chamber Orchestra, serving as timpanist from 2012-2015. He is an alumnus of the Aspen Music Festival, Colorado College Summer Music Festival, and the Alan Abel Summer Percussion Seminar.

Michael has performed across the United States and abroad. He has studied in Denmark at the Royal Danish Academy of Music, in Japan at the Nagoya Institute for the Arts, and performed in Australia and New Zealand, Spain, and Portugal. He also studied the music of Trinidad with steel-pan master Tom Miller. Michael was a founding member of Miller’s band “Pan Nation” and performed with the group throughout Colorado and the Midwest.

Michael was given the Outstanding Undergraduate Student in Performance and the Frank Toth Leadership Award from the University of Denver, where he received his Bachelors of Music under Professor John Kinzie. He attended the University of Miami under Matt Strauss and Svet Stoyanov and obtained his Masters Degree in music in 2012.

Come enjoy these amazing young artists! Come early or stay late to dine at Baur’s restaurant. Beverages are available to purchase before the show and at intermission at the Baur’s bar.

– “Eclectic Concerts keeps an open mind. While other series are all about specializing and refining — trying to hone the best of chamber music or piano jazz — Eclectic works hard not repeat itself. Its mission is diversity and showcasing just how varied Denver’s players can be.” – Ray Rinaldi, Denver Post Fine Arts Critic

– “Our simple biased belief is that handmade music does this better than any other music. And we know that Denver has an embarrassment of riches when it comes to thoughtful, expert musicians. We want you to come hear them, talk to them in a more informal setting. We think you’ll find out why the music salons in days of old were such exciting incubators of creativity. It surely had something to do with the amount of personal connection between the creators and their audience.” – Susan Cahill and Scott Higgins, Co-Directors, Denver Eclectic Concerts