With influences of Caribbean rhythms and jazz, Chuchito Valdés creates an exciting and energetic blend of spicy music that drives audiences wild. This piano master captivates with his sensitivity and drives excitement with his dynamic band. Music Appreciation Society invites you, your family and friends to experience the fiery jazz music of Chuchito Valdés.

Born and raised in Havana, Cuba, pianist, composer and arranger Jesus “Chuchito” Valdés, is the third-generation manifestation of a Cuban jazz piano dynasty that includes his father, Chucho Valdés and grandfather, Bebo Valdés.

The oldest of five siblings, Valdés was a child prodigy, attending and graduating from La Escuela de Musica Ignacio Cervantes. He had his first professional gig at the age of 16, working with Cuban singer and trumpeter Bobby Carcasses, and also accompanied singers Pello El Afrokan and Anibel Lopes for a time.

In the md 80’s Valdés was a member of the Cuban jazz combo Sonido Contemporaneo, and by the late 90’s he had taken his father’s spot in the renowned Irakere band for two years when the elder Valdés opted to go solo. 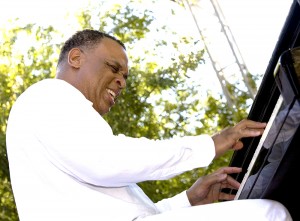 Eventually Chuchito followed suit, leading his own band and touring behind his fiery brand of Afro-Cuban Jazz. He released a debut album, Encantado, in 2002 on Town Crier Records, following it with La Timba in 2002 and Herencia in 2004, both on J&N Records, and Keys of Latin Jazz in 2007, which was nominated for a Latin Grammy from Sony BMG International. Then followed with Cuban Dreams in 2009 which was also nominated for a Latin Grammy, the same year he also released the Prince of Latin Jazz. In 2010, released Viva El Sonido Cubano New York is Now which was nominated for a Grammy.

Valdés has performed at festivals, clubs and concerts throughout the world: from Cuba and the Caribbean to North America, South America, and Europe. Chuchito is recognized as a master of Cuban music including Son, Danzon, Cuban Timba and Guaguanco. He has also extensively studied classical music including harmony and composition. His original compositions and arrangements draw on classical harmonic and   structural techniques.

Chuchito Valdés currently resides in Cancun, Mexico, and he is a frequent performer in the United States and Canada.

– “Chuchito can raise a mountain of rhythmic intensity with a driving montuno, create a flutelike filigrees in his fluttering right hand figures, or stagger flashing cords at breakneck speed to build a kaleidoscopic improvisation.” – Neil Tesser, Playboy Guide to Jazz

– “Valdes was an irrepressible master of the revels, finding it hard to stay seated and making unaffected transitions into a dance captain and a chant leader when the mood struck him.” – Jay Harvey, Indianapolis Star 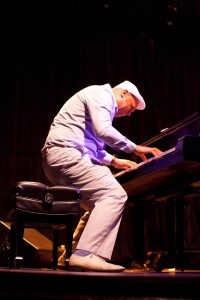