Cary Morin is a spectacular guitarist, heartfelt songwriter and soulful singer. He is taking the stage at Baur’s for an unbelievable performance covering everything from blues, jazz, bluegrass, rock and reggae. Known to be one of the best acoustic players touring internationally, Morin crafts a unique style of music often characterized as “acoustic Native Americana”. Join us for a rare Front Range appearance in Denver. 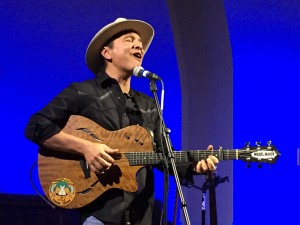 Morin grew up in Billings, Montana, where he spent much of his time in Great Falls, and played guitar at neighborhood get-togethers, before relocating to Northern Colorado. His music career is on the rise, and his song “Pura Fé,” which he wrote and performed, in March 2011 he was ranked 17th on France’s iTunes blues chart. Morin is well-traveled, having performed in various festivals across the world, including Paris Jazz Festival, Winter Park Jazz Festival, Folk Alliance International, River People Festival, Shakori Hill Festival, and 2010 Vancouver Olympics. He has produced and performed on over 15 recordings, and has toured across the U.S., Japan, France, Germany, Italy, Switzerland, Spain, Belgium, Denmark, and the UK.  Millions of people have tuned in on national TV and radio to hear him perform. Cary’s most recent festival was Rochefort En Accords in France and the Copenhagen Blues Festival.

Morin won the Colorado Blues Challenge Solo Championship two years in a row (2013 and 2014). The Aboriginal People’s Choice Music Awards nominated him for entertainer of the year, and for creating the Best Blues CD.  In 2013, he received a lifetime achievement award from Fort Collins Music Association (FoCoMA). He also won the Colorado Fan Favorite Poll in blues category for his second solo release, and “Streamline”.

Cary is currently a member of the Young Ancients band where he plays the guitar, pedal steel and sings. Young Ancients performs a blend of blues, folk-rock, soul, gospel, Native Americana, and New Orleans R&B.

You will not want to miss this shining artist’s skillful and authentic performance in Baur’s Listening Lounge presented by Music Appreciation Society. 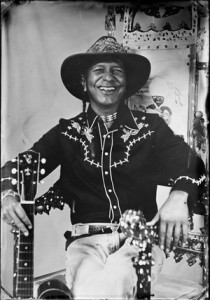